JISBAR STARRING ON A NEW PROJECT : PAINTING A FORMULA 1 SHOWCAR IN HONOUR OF AYRTON SENNA

JISBAR STARRING ON A NEW PROJECT : PAINTING A FORMULA 1 SHOWCAR IN HONOUR OF AYRTON SENNA 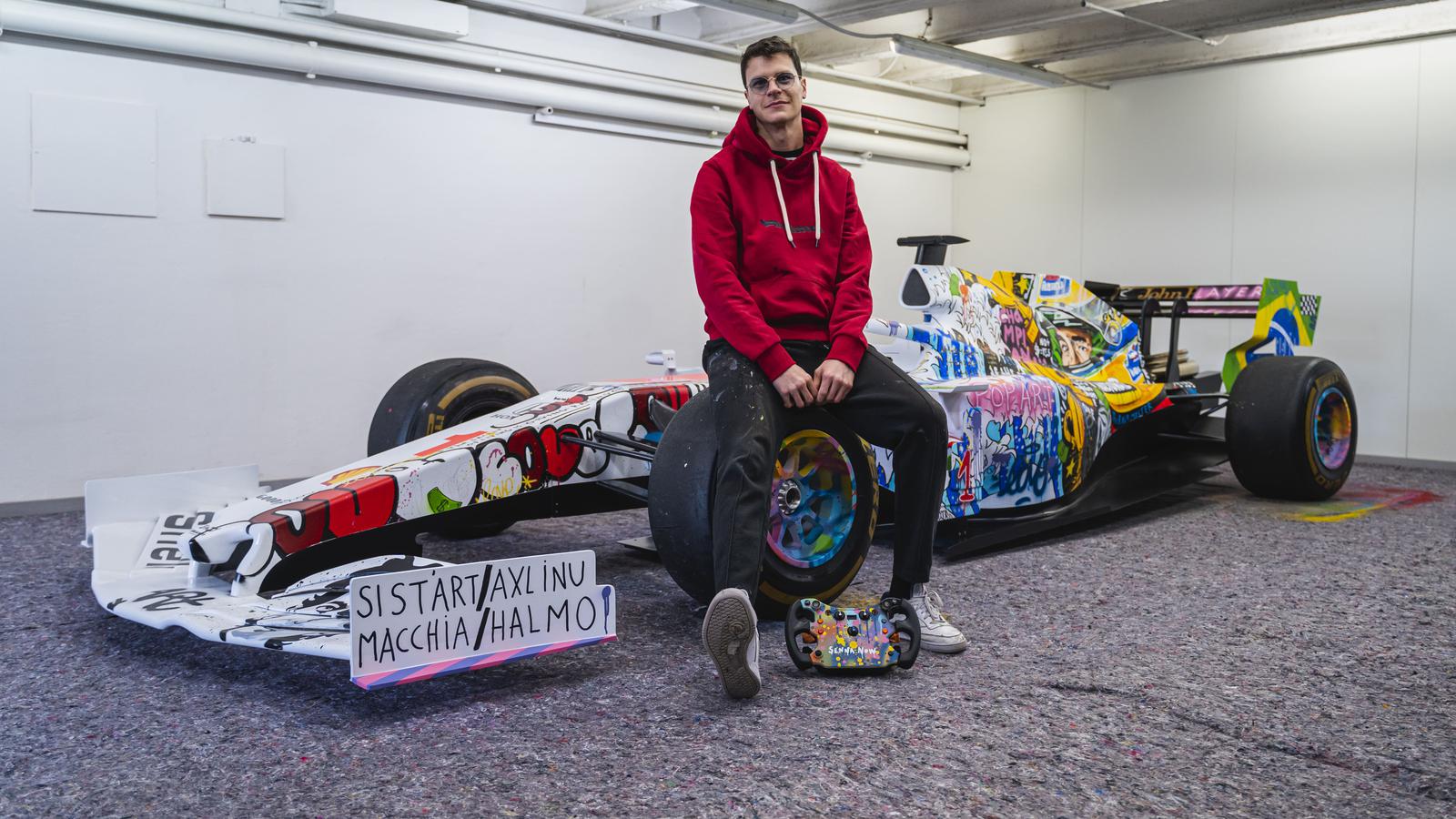 In the world of pop culture, as well as in the one of sport, there are passing fads and timeless classics. Some figures will remain indelible in the memory of millions of fans. Ayrton Senna, perhaps the fastest driver ever, is one of them. Like the Italian renaissance masters, he was a legend in his lifetime, and never has never ceased to be celebrated. Almost thirty years after the death of this true sporting legend, the French urban artist Jisbar , whose work recreates classical masterpieces from art history in a radically contemporary style, has painted a Formula 1 car in his honor .

"I spent my childhood following the races ad the 'magic' of Ayrton. I was inspired by his lifestyle and his teachings' says Matteo Macchiavelli, entrepreneur, designer and art collector, who has conceived this project in honor of his hero. The idea of this project was born at a meeting between Macchiavelli and Gianluca Tremonti, an Italian collector and Motorsport enthusiast, who donated the car from his collection of Formula 1 memorabilia.

The unique artwork has been realized to coincide with the Imola Grand Prix , held on the circuit named after Enzo and Dino Ferrari. It was here on 1st May 1994 that the Brazilian champion lost his life after a terrible accident at the Tamburello corner. The car will be exhibited for the first time at this tragic and sacred place , attracting the attention of Formula 1 fans, and a new audience of lovers of contemporary and street art. The work of Jisbar attracts a range of followers from young fans of urban art to talents scouts and established art collectors. Matteo Macchiavelli approached Jisbar through Sist'Art Gallery, with the idea of perpetuating the memory of Senna in a new generation of motorsport fans and contemporary art enthusiasts. the roles are reversed: through this project, Jisbar becomes the ambassador of Senna's memory and will thus be able to perpetuate his myth, the entrepreneur and art collector Matteo Macchiavelli becomes the precursor of Race Art.

The Formula 1 show car has been divided longitudinally into two parts. The right side is decorated with the liveries of three of the four cars driven by Ayrton: Lotus, Williams, McLaren. The left side was assigned to Jisbar who painted it in Faenza at Halmo's headquarters.

The artist went even one step further and transformed the project in the worlds newest form of artwork : the NFT's. Supported by AXL/INU Group Jisbar has produced NFTs dedicated to the project ideated by Matteo Macchiavelli: “Senna Now” by Jisbar.

To receive more informations about the project, the car's roadmap and to be redirected on the platform to purchase the NFTs, please contact us at gallery@sistart.org