‘ONE POINT FIVE ABOVE’ - VENICE EXHIBITION BY JANET BELLOTTO

‘ONE POINT FIVE ABOVE’ - VENICE EXHIBITION BY JANET BELLOTTO 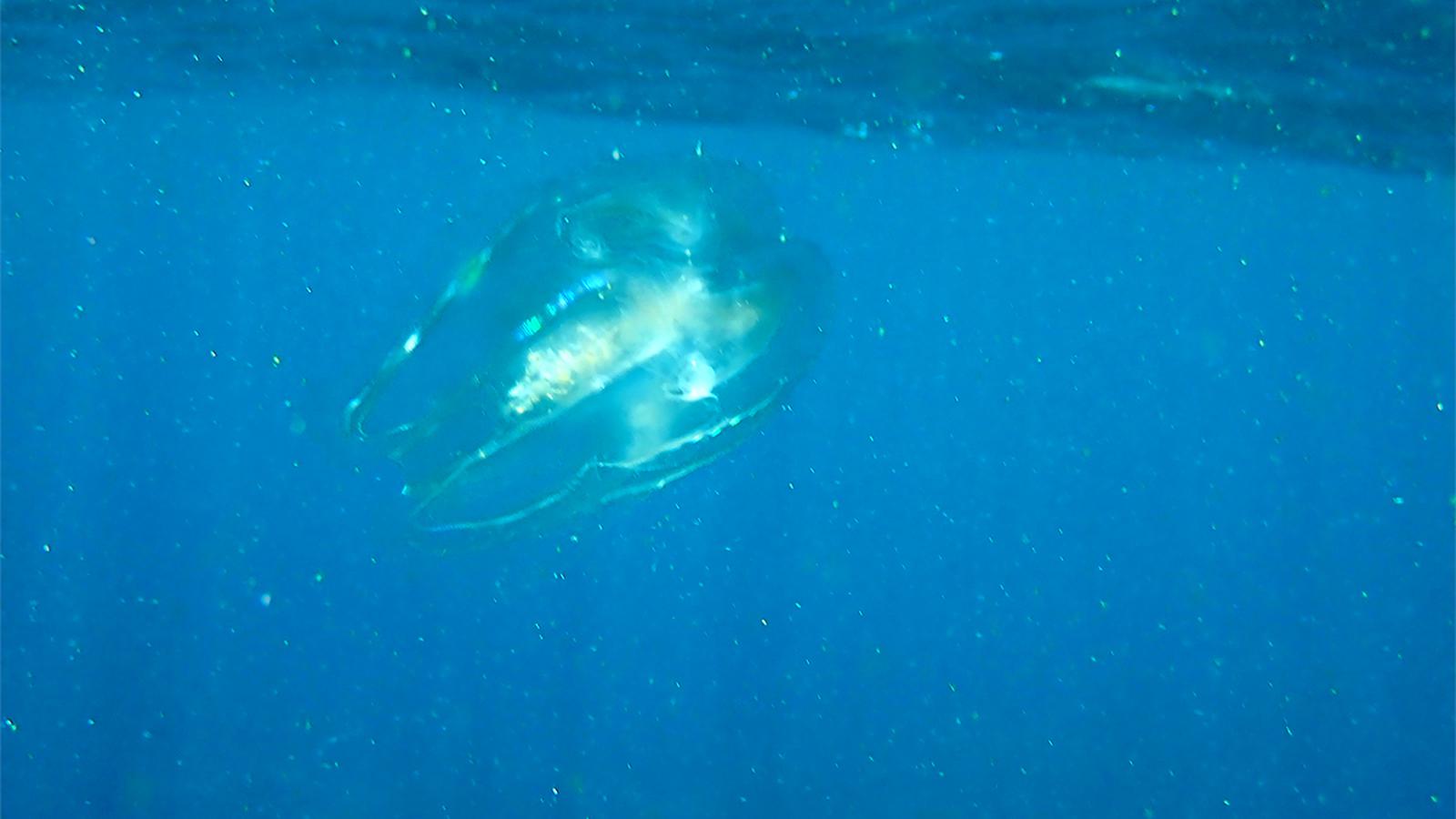 In her continuing research on islands and their ecologies , the work of Janet Bellotto is haunted by the dangerous rise in sea levels caused by man-made climate change. Her exhibition, in a beautiful and intriguing space of a former chapel just off Piazza San Marco, responds to the chilling statement by Wavel Ramkalawan, President of Seychelles at the COP26 UN Climate Change Conference last year – 'The time to act is YESTERDAY.'.

Water flows through Bellotto's work and here, her exploration of oceans and islands reveals edges and surfaces, fragile spaces where land, sea and air meet. Locations are not identified, humans are absent while images flow between figuration and abstraction. The land appears as fluid and unfathomable while water threatens to engulf it.

The video Claim: Not to Fall into the Sea , playing quietly in the nave of the chapel, uses captured satellite images of small island states that literally become submerged by the rising tides, in disturbingly poetic sequences. Untitled panoramic photographs offer wide yet unstable views where even the curvature of the earth seems uncertain. In a strange reversal, the shore pushes back the horizon, and the ocean has all but disappeared; clouds become reflections of tidal pools and algal growths.

Postponed for Tomorrow is a collection of objects found on unidentified shoreline, whose forms echo the clouds and rockpools. Man-made and natural, all of them bear the scars of their life underwater. The object function as relics as well as warning of a future that humans still cannot fathom.

'You know that with a sea-level rise of 1,5 meters, hundreds of millions of people would be dead. They would simply be wiped out.' declared Maldives President Mohamed Nasheed in 2009. This is the 'One Point Five Above' in the exhibition's title, lending more poignancy by its location close to Piazza San Marco, in a city which itself is threatened with engulfment, and has regularly experienced 'Acqua Alta' floods exceeding the 1.5 meters in the exhibitor's title.

Water, as always in Bellotto's work, is memory and metaphor, as ungraspable as the future that threatens to submerge us.

The exhibition will open on 22 April with a reflection on One Point Five Above by Sudanese Ambassador Lumumba Di-Aping who was the chief negotiator for the G7 group of developing nations at the 2009 UN Climate Change Conference in Copenaghen.

Sist'Art Gallery The Chapel is located in Piazza San Marco 95/96, next to and behind the Ex-Olivetti Show Room.

The exhibition has been made possible through Zayed University's Research Incentive Fund and support from the College of Arts and Creative Enterprises.