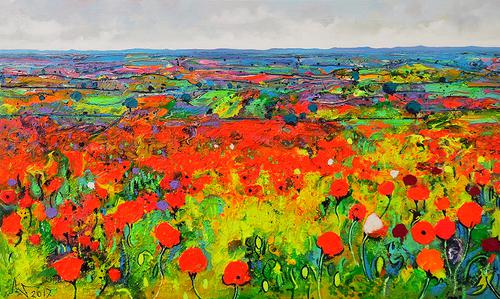 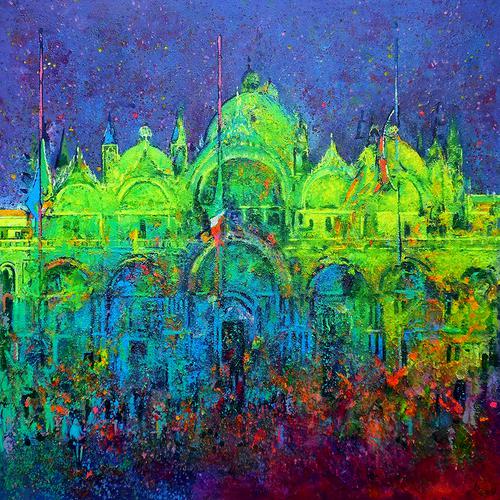 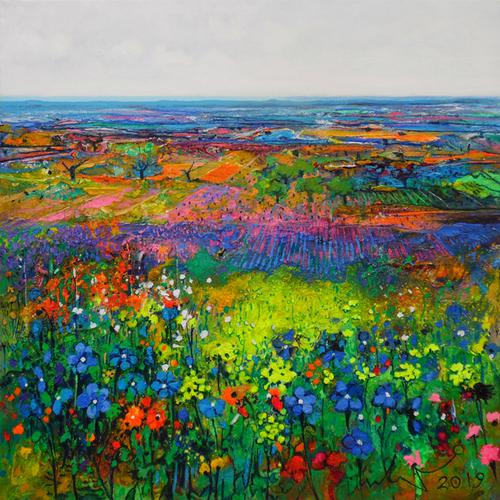 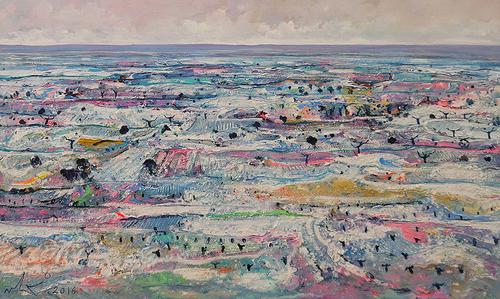 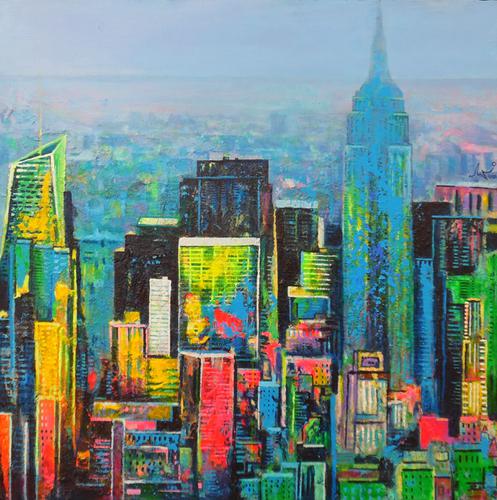 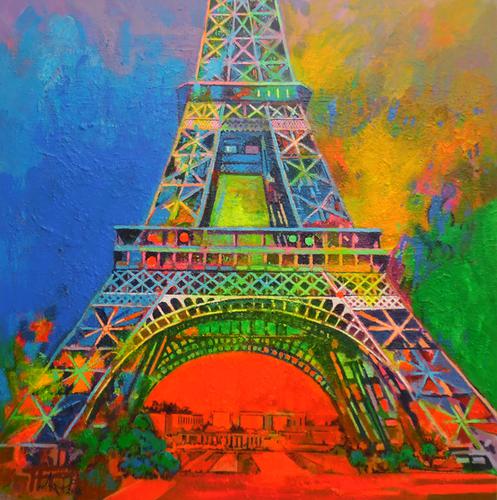 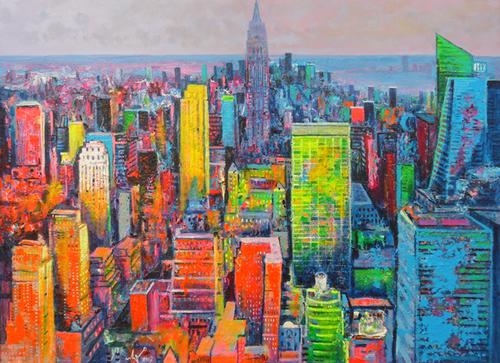 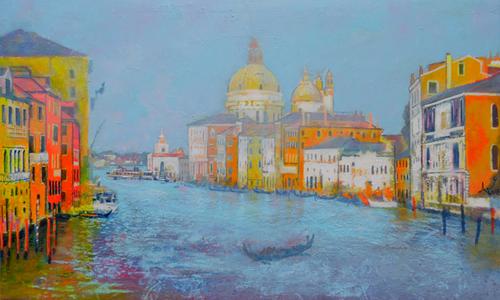 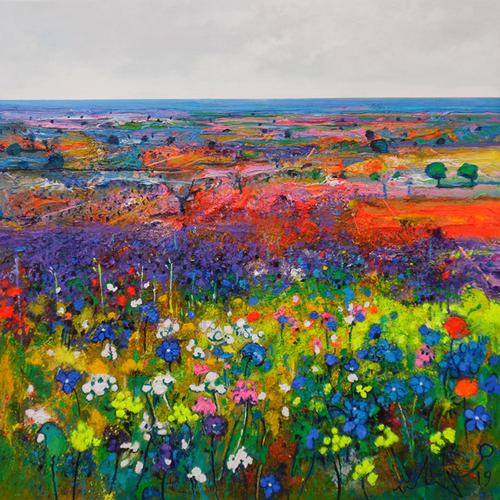 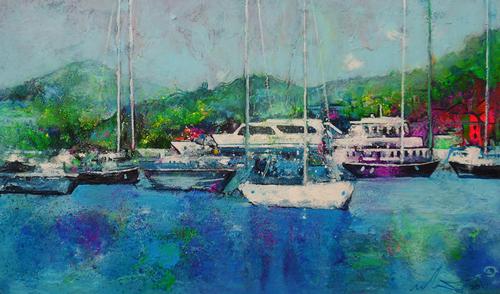 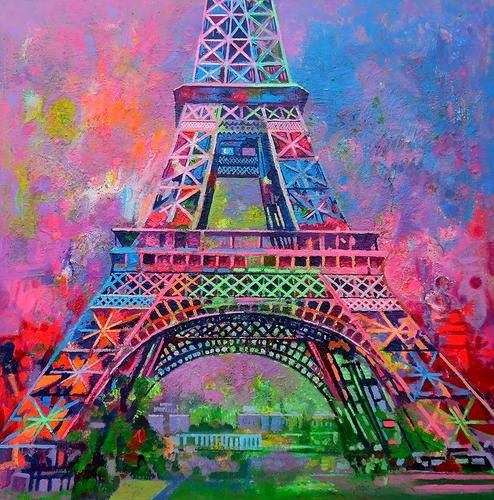 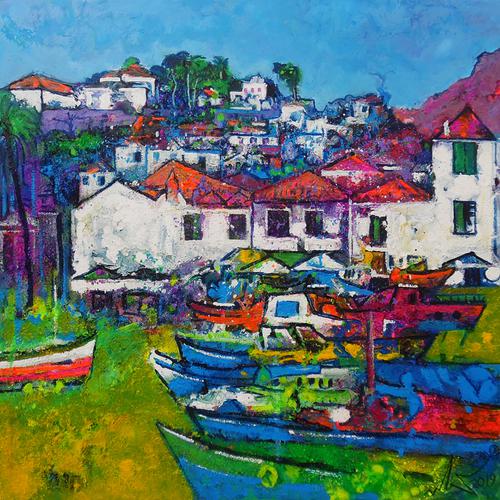 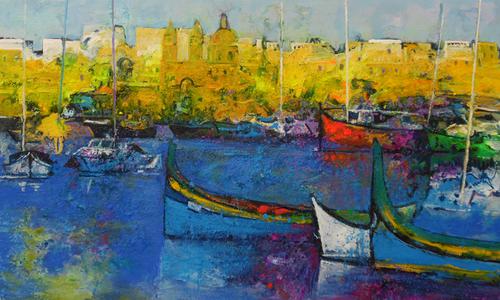 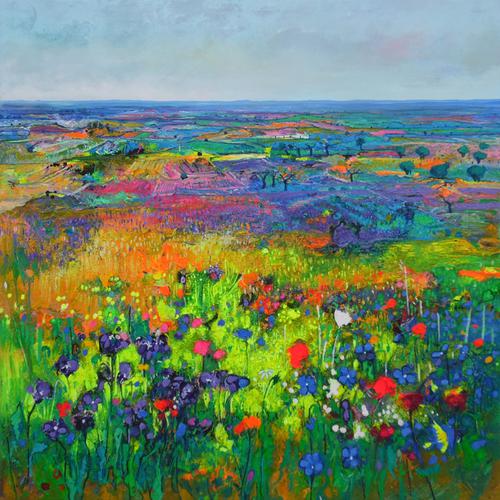 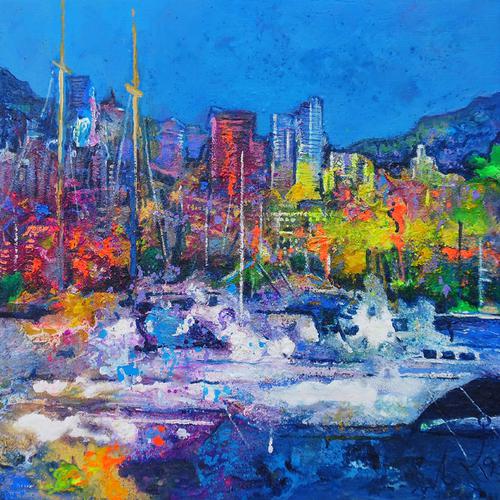 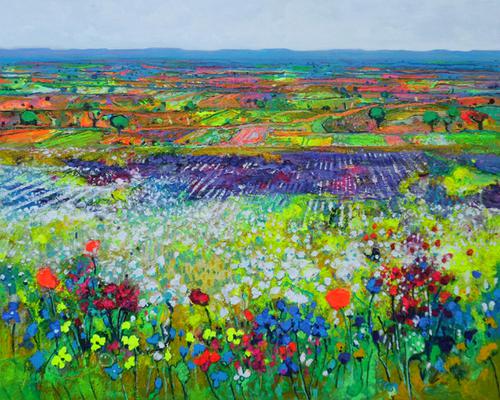 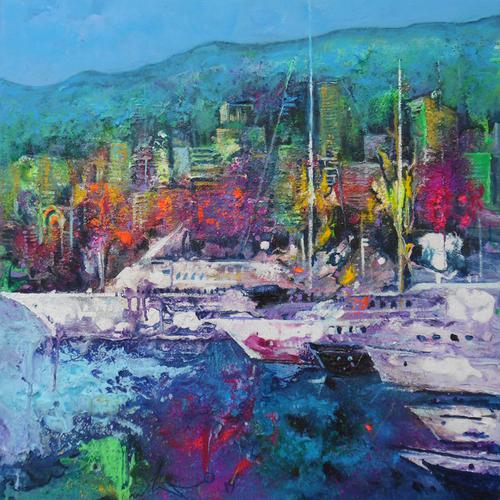 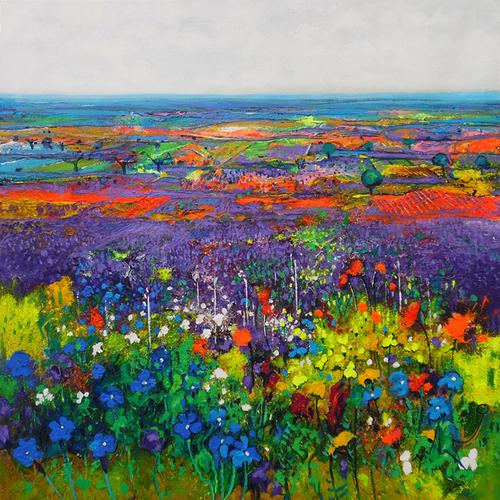 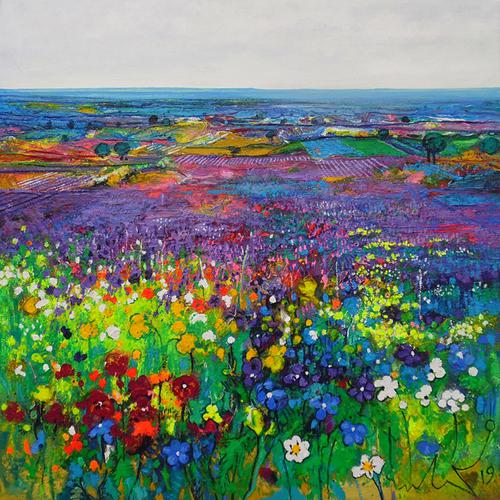 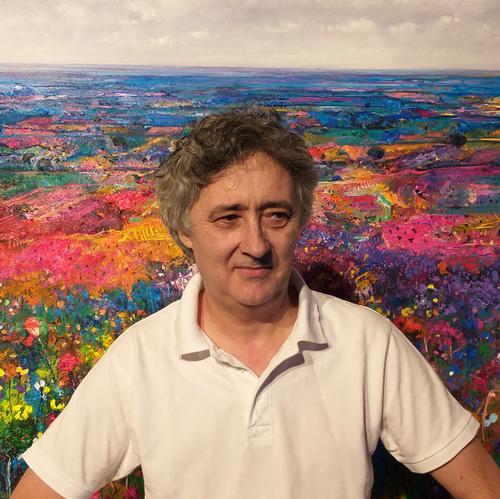 Ulpiano was born in Casas de Santa Cruz and then settled in Villanueva de la Jara. He studied Fine Arts in Salamanca and in the nineties he traveled to the Middle East, England, the Netherlands, Italy, France, USA, and made his work known in Paris, New York and Singapore, and more recently in Miami, London and Hong Kong. His work is represented in the Gregorio Prieto Foundation, the Museum of Contemporary Art in Toledo, the Gava Foundation for the Arts of Barcelona and the Museum of Spanish Engraving in Marbella, among other institutions. Although he does not abandon the study of the rural landscape that has accompanied him during 30 years of career, the painter has given a turn of the screw to create a more symbolic and personal landscape. "You have to create your own landscape, and this is another step in an infinite career," the artist says. Ulpiano paints feelings through color and form in a costant dialogue, long and tense; with the words replaced by the multiplicative brush strokes, touches and more touches, minmal details that as a whole acquire personality.